Ever wonder why purple is traditionally the color attributed to royalty? Throughout most of history, only the royal families could afford to purchase the indigo (Indigofera tinctoria) dye that produced a deep vibrant bluish purple—in fact, indigo became so valuable that for a time people traded cubes of it as currency.

Planting the Dye Garden
Many dye pigment sources, also known as dyestuff, may be growing right in your ornamental or vegetable garden. Experiment with some that you may already have as well as a few new easy-to-grow plants. Some are readily available as seeds or plants in many local garden centers, while others can be found through online sources. Check your local regulations as some states do not permit growing seeds they consider invasive. Think about incorporating dye plants that will integrate well into your garden’s overall design scheme.

The Spectrum of Plant Pigment Colors
With a variety of plants, you can produce a whole spectrum of colors. Keep in mind that a plant’s visible color does not determine the resulting dye color. The pigments from some brightly hued flowers and plants may not transfer as well to fibers as some others that appear dull in color. The Indian Paintbrush’s (castilleja coccinea) bright red flowers, for example, yield a beige dye. Lichen, ranging in color from white to bright green, can produce a vibrant orange dye, while the red rinds of pomegranates (punica granatum),yield soft yellows to green-yellows. Also, Indigo dye is green before it gradually turns blue when it is exposed to air.

Depending on the particular plant, the dyeing agent may be extracted from the root, flower, leaf, seed, pollen, or fruit skin to produce several colors including yellow, orange, blue, red, green, brown and grey. Pigments can even be extracted from skins. Onion skins will produce shades ranging from a burnished gold to a deep orange.

Lichens produce a variety of intense colors. The intensity of the colors lichens produce, according to Alissa Allen of Fungimag, “rivals both natural and synthetic dyes. Some of the most incredible colors lichens produce are: neon yellow, electric magenta, blue-violet, and a pink that changes to blue in the presence of sunlight. Many of these colors may not be visible in the fresh lichen but are converted through the extraction process. An exception to this is the wolf lichen, Letharia spp., which dyes fiber exactly the color of the lichen itself.”

For best results, always use fresh plants in full bloom, ripe berries, and mature nuts as dried plants produce muted colors and sometimes, no color at all. 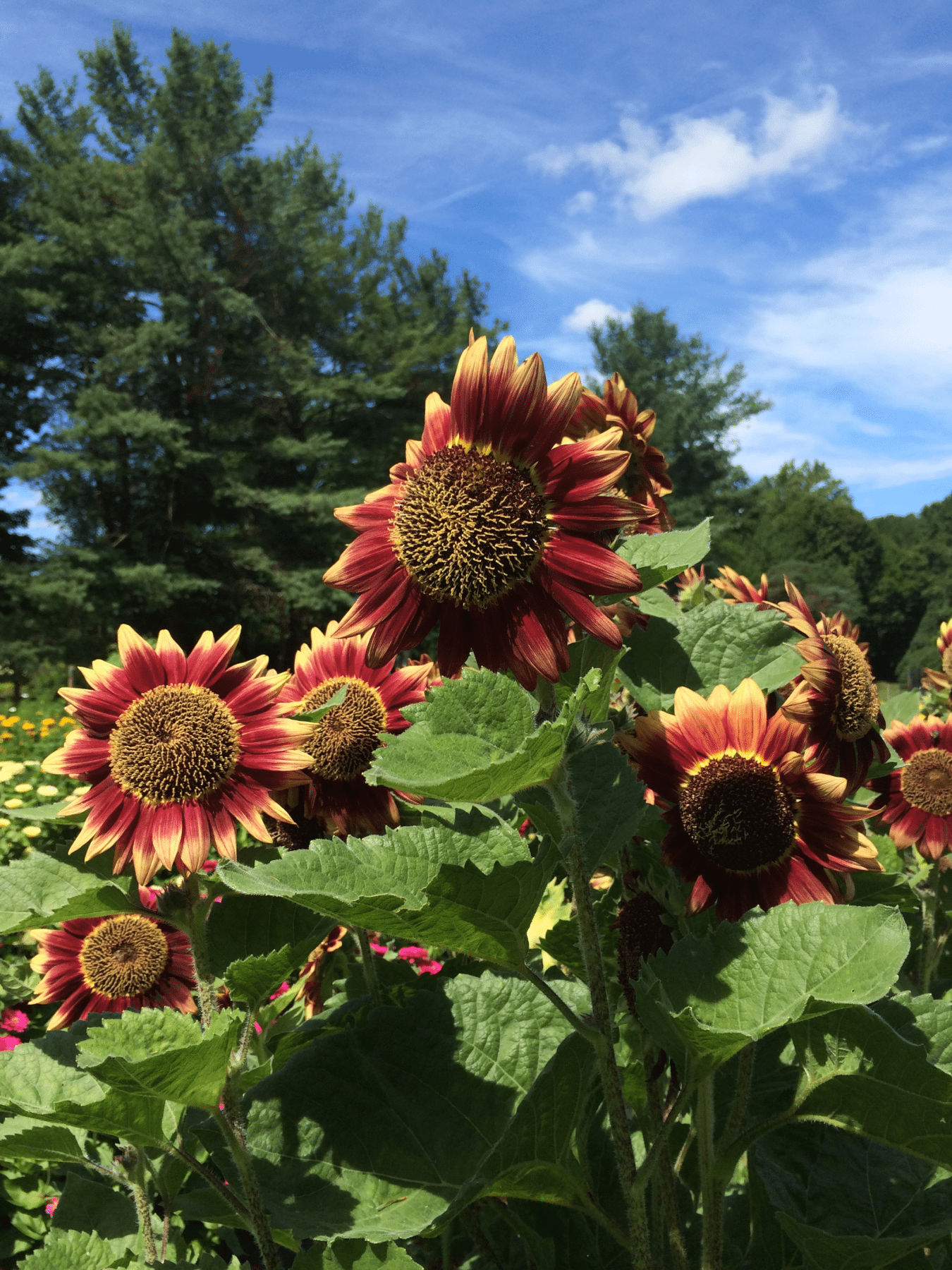 Some Dye Plants Listed By the Colors They Produce 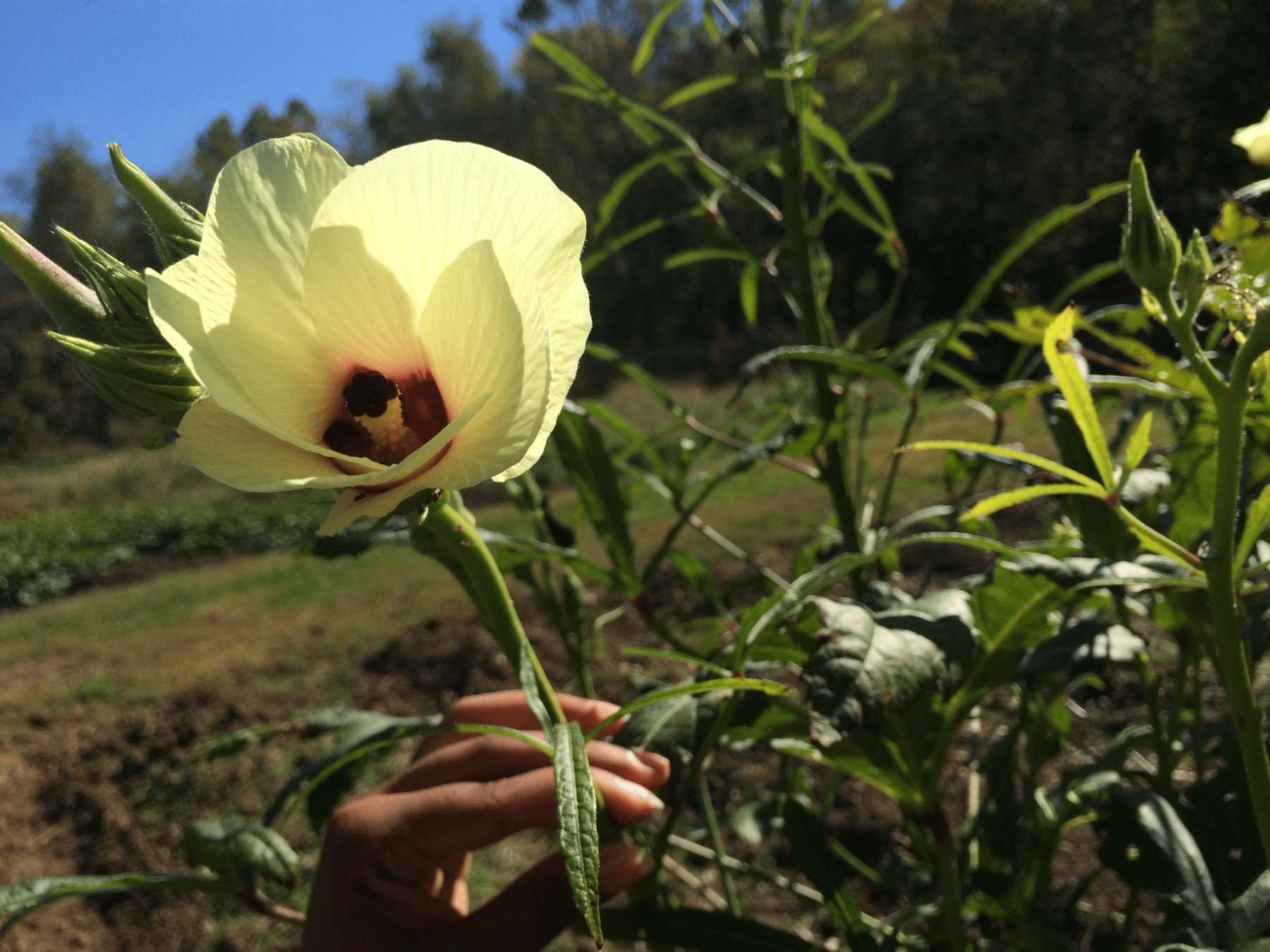 Substantive dyes bond with the fiber without the use of a mordant—a chemical additive that fixes the pigment so it will bond with the textile fibers—because they are derived from plants with high tannic acid content, a natural mordant. Sumac (Rhus spp.) and walnut (Juglans spp.) are examples of dyestuff that will generate direct dyes.

Although they require a mordant, adjective/mordant dyes are more commonly used. People have worked with adjective dyes for thousands of years, fixing the pigments with organic acid mordants.

Adding Mordants and Fixatives
Cottons and linens or other plant based textiles require a fixative, while protein fibers like silk and wool require mineral mordants. You can find some useful mordants and fixatives right at home, including: 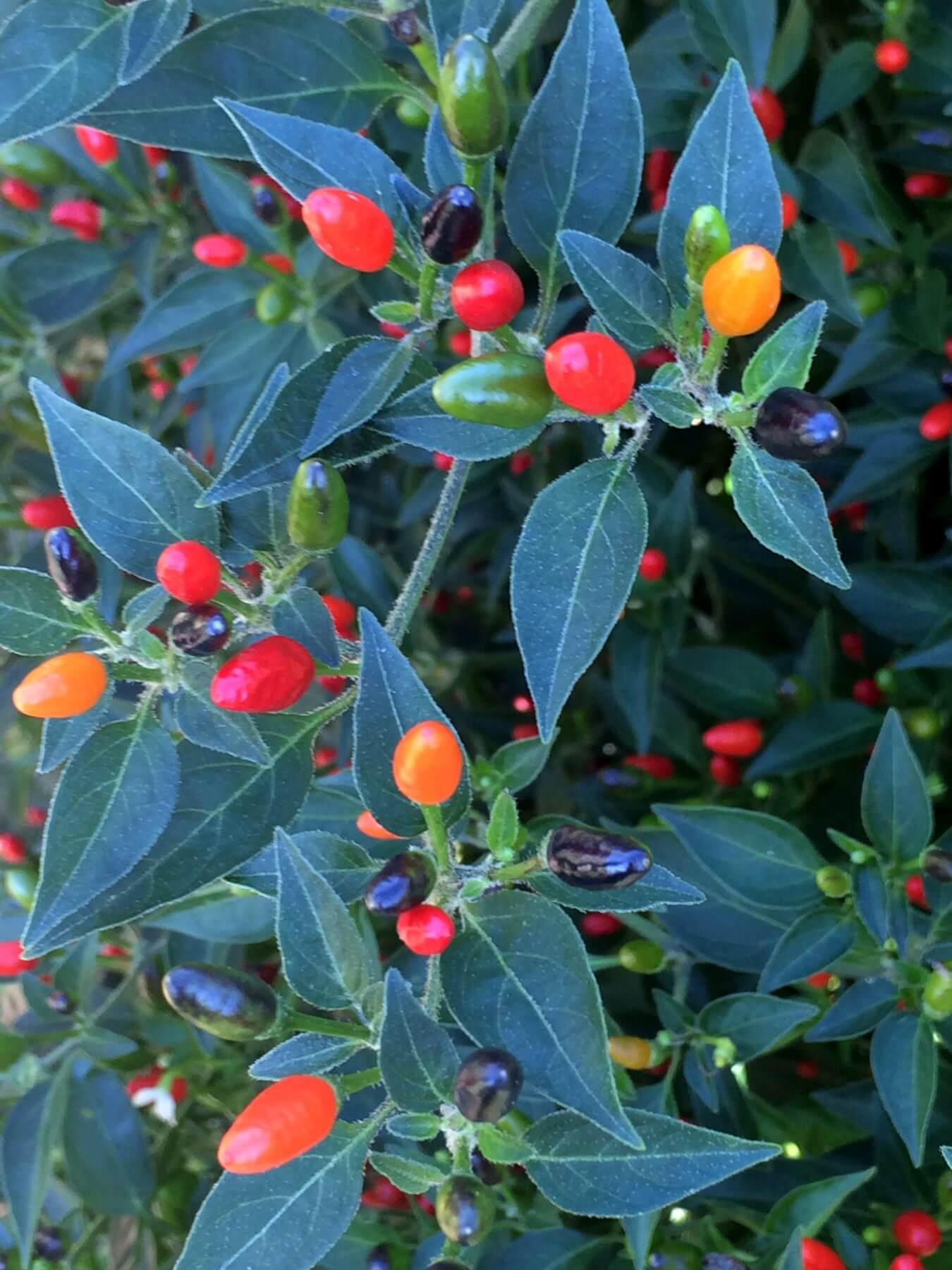 Preparing the Plants for Dyeing
Finely chop plant material to maximize the surface area. If the plant roots are tough, like yellow dock roots, smash them with a hammer to make them more fibrous. If the plant is at its peak but you want to preserve it for later, chop it up, label it, and freeze it.

Dyeing Processes: Solar and Stovetop
Solar and stovetop are a few methods used for dyeing textiles. The natural solar dyeing method produces non-repeatable (one of a kind) colors with very little effort and only a few tools.

Solar
Solar and stovetop are two methods used for dyeing textiles. The natural solar dyeing method harnesses the free power of the sun, requires few tools and very little effort apart from daily stirring, does not create the pungent odors that stovetop dyeing can, and produces non-repeatable (one of a kind) colors. In solar dyeing, the sun replaces the stove but the stovetop simmering process takes longer—from several days to weeks. It’s a natural and fun way to dye and can be a great project do with kids.

Stovetop
1. Begin by chopping or grinding the plant material with a mortar and pestle, then steep it for an hour in a pot of simmering purified water.
2. Strain and cool the liquid
3.Add the mordant, or fixative to bind the pigment to the yarn or fabric and increase the intensity of the tint.
4. Dip or soak the cloth or skeins of wool in the dye bath solution then hang to dry.

We’ll be “dyeing” to see what you produce in your dye garden! 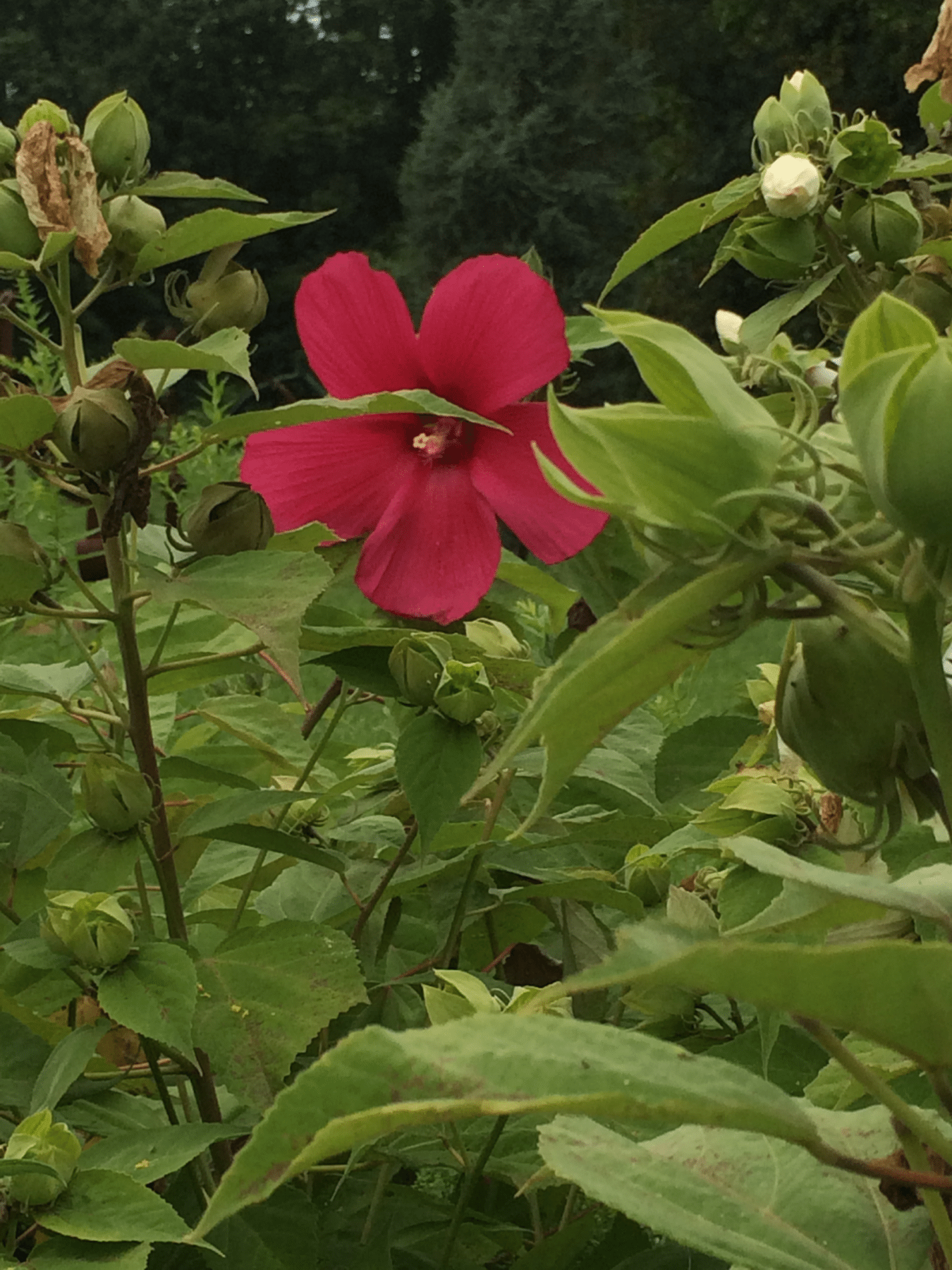 Humans Have Been Dyeing for Centuries
For centuries, humans have used plants to dye textiles. Throughout history, cultures have extracted natural pigments from these plants to color fabrics, decorate animal skins, and even adorn their own bodies and hair.

Prior to the development of synthetic dyes in the mid-19th century, most dyes were produced from plant dyestuff, and their pigments were extracted from roots, bark, berries, leaves, flowers, nuts, and seeds.

The quest for natural and organic products has spawned, particularly with younger generations, a “grow-your-own” trend, where home vegetable, herb, cocktail gardens are on the rise, even in urban areas with small spaces. Some gardeners and artisans have really delved into the natural trend by planting dye gardens to color textiles for various uses.

The Ancients Had the Blues
Ancient Celtics used woad (Isatis tinctoria) as a source of a rich blue dye used for decorative body painting. In the 18th century, indigo (Indigofera tinctoria), which also produces a deep vibrant blue, became so valuable that people traded cubes of it as currency.

About 2000 species of plants may be used for natural dyes, but indigo and madder contain much more pigment than most other plants. The development stage and the growing conditions affect the quantity of pigment the plant produces.

True indigo thrives in fertile, well-draining alkaline soil mixed with sand and loam. A member of the legume family, indigo forms a beneficial relationship with the bacteria that fixes nitrogen into the soil, thereby improving the soil quality for surrounding plants and making it a great companion plant. To begin growing indigo, space seedlings about three feet apart and the plants will form 3-6 feet tall shrubs whose leaves you can harvest at any time. 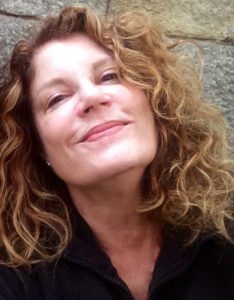 Author, designer, speaker, and influencer Robin Plaskoff Horton, is Editor-in-Chief of Urban Gardens, the award-winning and Webby-nominated home and garden, sustainable living, and travel webzine. Mashable named Urban Gardens “One of the top 10 must-follow home and garden Twitter accounts” and Better Homes and Gardens Magazine named Urban Gardens one the top 10 garden blogs for 2015. Her trend spotting and product sourcing has earned her the moniker “coolspotter.” Robin has traveled the world as a brand ambassador to design events including The London Design Festival, Maison & Objet in Paris, Milan Design Week, Ambiente in Frankfurt, Germany, and invited by the city of Girona, Spain to co-create an outdoor public art installation made with plants for the annual Temps de Flors festival.