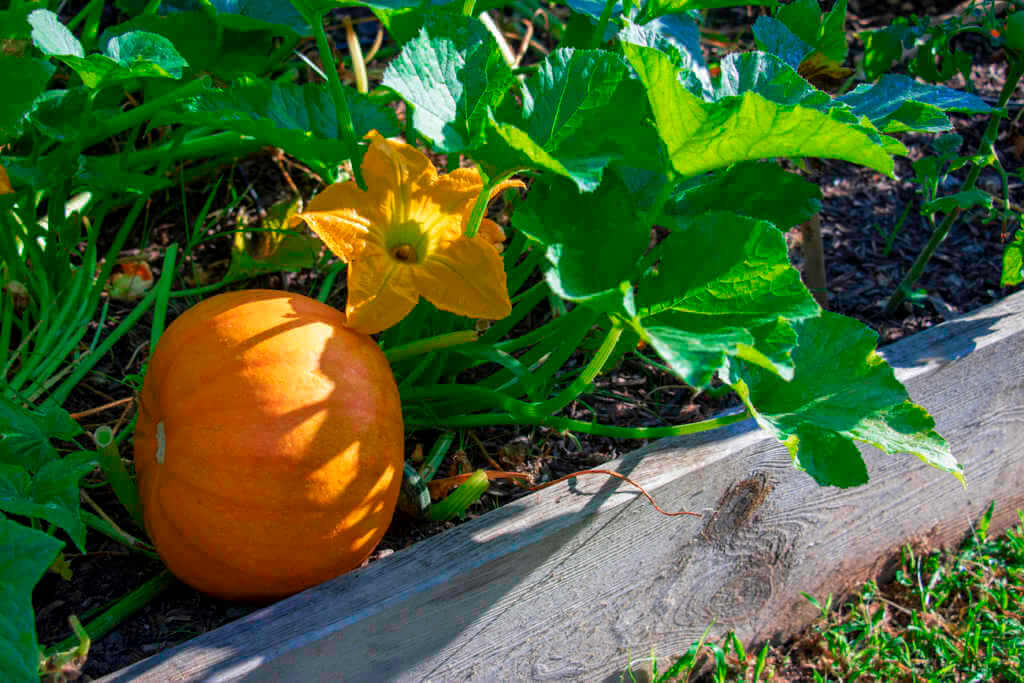 Soil composition is a crucial element to planting and growing vegetables in a raised bed. Filling your raised vegetable garden is an opportunity for gardeners to get superior soil and tweak your soil’s quality with beneficial amendments, so you are consistently adding nutrients to your planting medium.  As a raised bed gardener, you are in complete control of the soil your crops will grow in.  When planting and growing vegetables in a raised bed, aim for a soil that ranges from between 5.8 and 7.5 on the pH scale to ensure optimal growth.

Select an area of your yard that receives at least 6-8 hours of direct sunlight when planting and growing vegetables in raised beds.  Before constructing raised garden beds, track the sun in your yard to pinpoint the bed location.

Raised bed soils dry out quicker than in-ground soils.  When planting and growing vegetables in raised beds, be sure to water your garden thoroughly and regularly.

Your raised vegetable garden is only as good for your plants as the soil you fill it with. Vegetable plants need regular nutrition to grow to their fullest potential. Many vegetables are heavy feeders of nutrients, and if not fed adequately, they will compete with one another for food.  Here are some things you can do to infuse nutrients into the soil when planting and growing vegetables in raised beds.

It is essential to understand your vegetable plants’ spread and height requirements so that you can space them accordingly when planting and growing vegetables in raised beds. Plants that are too close together can overtake one another and compete for nutrients, water, and sunlight, never fully reaching their potential and becoming more prone to disease from poor air circulation. Consider how the growth habit of each plant will affect the neighboring plants in the same garden bed. 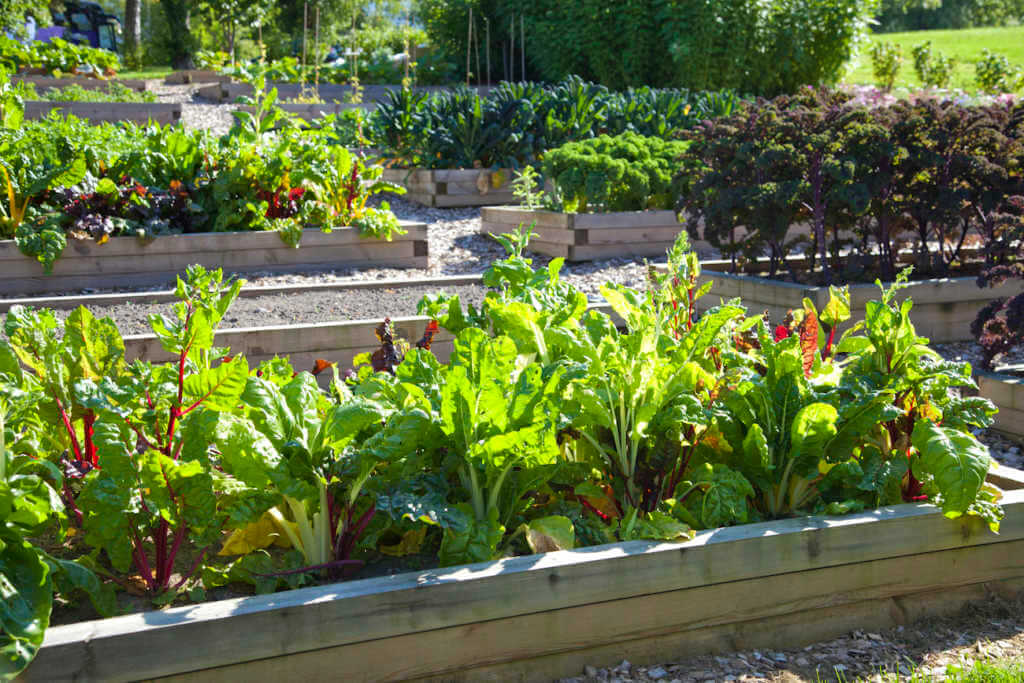 Large and small varieties of vegetables have different depth requirements even when they share the same garden bed.  If soil is not deep enough to accommodate deeply rooted vegetable plants, their roots will impede their neighbors’ root systems. Ensure that your garden beds have a significant soil depth, so that root systems do not interfere with other plants in the garden bed.

It is easier to manage damaging insects and deter animal pests from munching on your vegetables when you are planting and growing vegetables in a raised bed.

Check out the days to maturation for your garden vegetables.  Sometimes you can get creative and sneak in other vegetables that mature more quickly or nestle in a succession crop after a large vining plant has stopped producing. Plant and obtain a harvest of radishes and lettuce greens before larger plants take over the area with their swooping vines. Once large crops like tomatoes, squash, and eggplant stop producing, pull them out and plant later season crops after them that thrive in the cooler fall temperatures like broccoli, lettuce, and kale. Be sure to amend the soil with organic matter before planting the next crop. 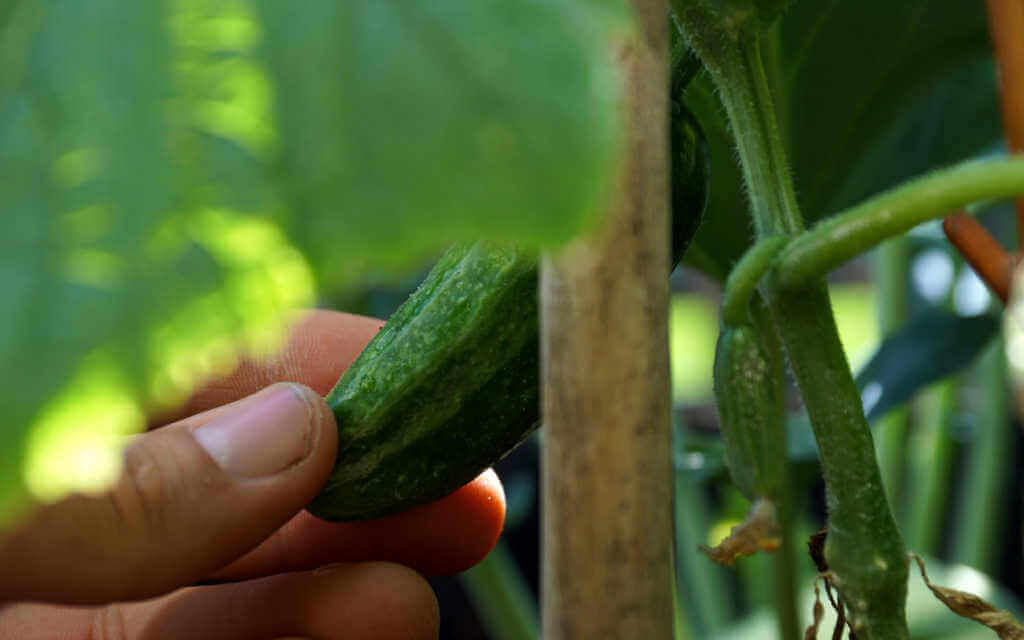 Many more duos are beneficial to plant together in vegetable gardens, and some plants do not make good neighbors.  Trial and error can help in this process to discovering what works and what does not.

Raised garden beds are the ideal place for planting and growing vegetables.  Not only are they tidy and decorative growing spaces, but they can help overcome headaches such as troublesome soil, weeds, and pests.  Growing vegetables in raised beds and implementing some pro planting and growing strategies can help you maximize every square inch of your growing space and significantly improve your garden yields. 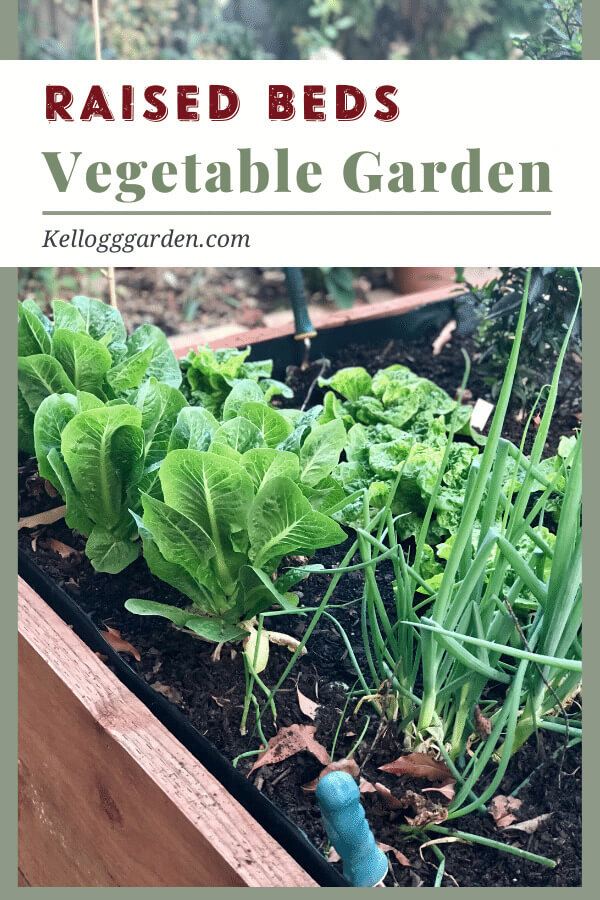 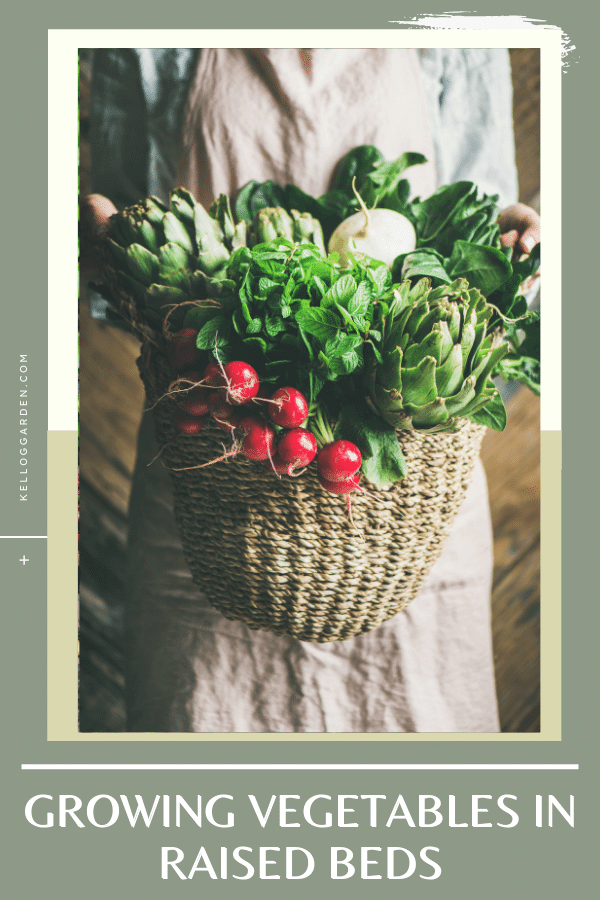