What’s more annoying than preparing your planting beds and carefully adding seedlings or transplants, only to have birds swoop down and peck at everything? Flying creatures like blackbirds, grackles, crows, and starlings all have a bad and well-earned reputation amongst gardeners. But here’s the complicating factor — you don’t want to harm the birds, you just want them to leave your dang tomatoes alone, right? 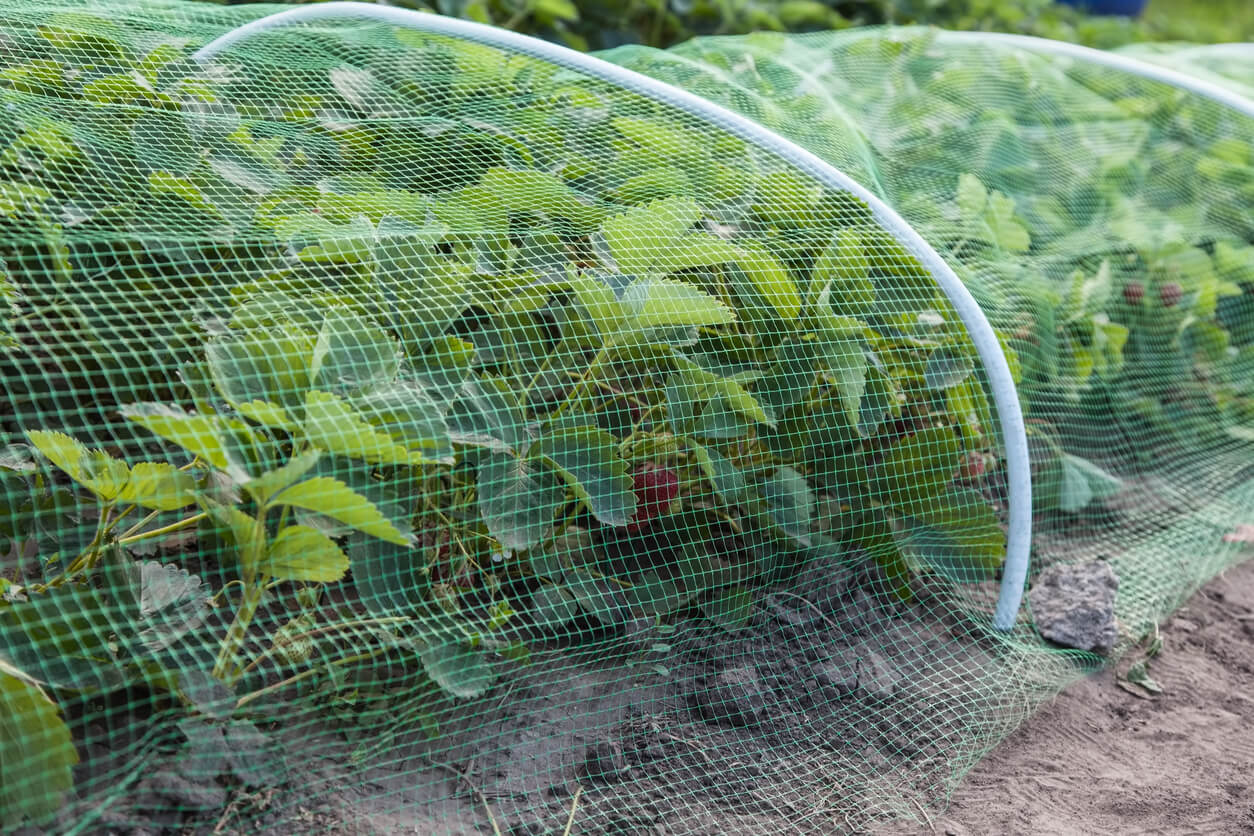 5 Tips to Protect Your Plants

Bird netting. This is the most effective strategy, but it can also be messy. Raise your hand if you’ve ever covered your veggies with bird netting, only to have it become a tangled mess? Yep, join the club. So plan to use some inexpensive PVC pipe to create a couple of hoops from one side of your bed to the other, then drape bird netting over that. Secure with wire or landscape pins into the soil, and carefully lift up one side when it’s time to harvest. I know, it’s a bit of a hassle, but at least you’ll have produce to harvest.

Mylar balloons. Mylar balloons or reflective surveyor’s tape do the same thing — create a shiny, reflective flash that birds hate. Ever heard of hanging old CDs overhead as well? That’s the same concept. To keep this one effective, plan to move the balloons or tape around every few days to confuse the birds.

Covers. Covers are great for small seedlings (under 8”), then as the plants get bigger you can switch to one of these other suggestions. Use upside-down crates or disposable cups with the bottoms cut out to temporarily cover tender seedlings and protect them. They’ll still get sun and air circulation.

High-tech fake owls. While I’ve not tried this one myself, I know plenty of other gardeners who have. These fake owls move (spin, actually) and emit sounds that scare off potential feathered pests. As with the mylar balloons, plan to move the fake owl around the garden to keep the birds on their toes.

Fishing line. Nobody really knows why this one works, but it does. Got a row of seedlings? Drive a stake into each end of the row, then string 20-lb or greater fishing line monofilament) from one stake to the other, right above the row of plants. There is something about this fishing line that birds can’t stand, and it keeps them from coming near your wee veggies for their afternoon snack.

Tip: If you have bird feeders, make sure you place them well away from your edible garden. You don’t want to attract them with an appetizer only to have them realize there’s a full entrée nearby. 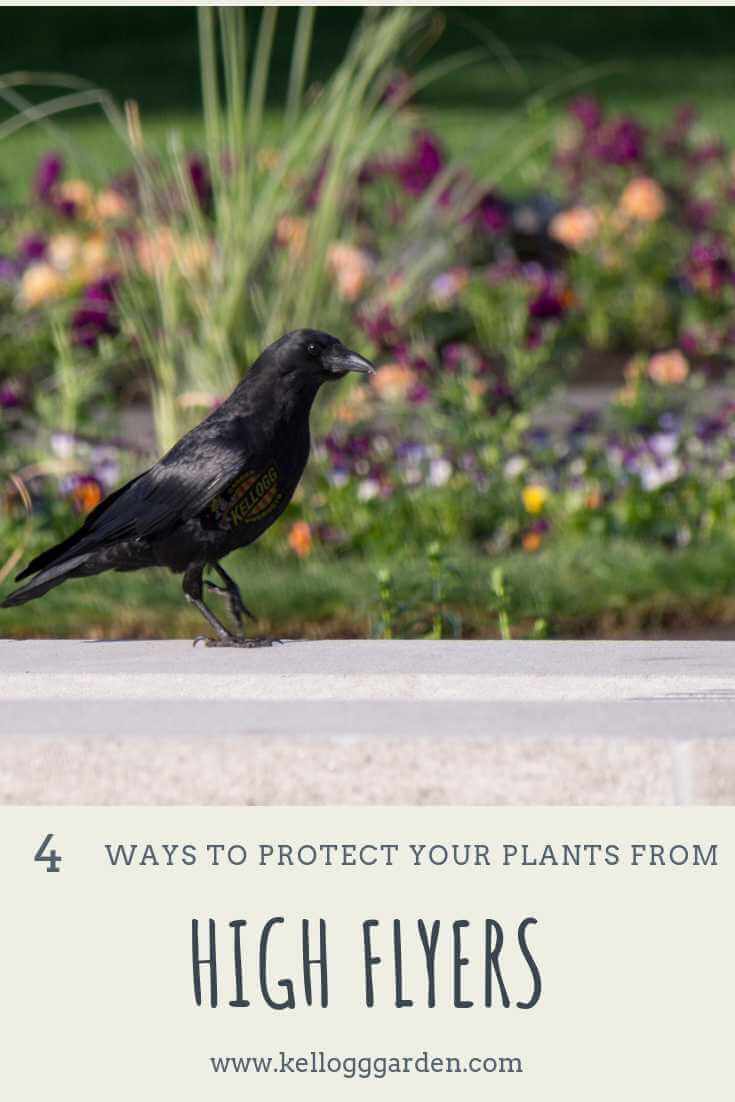 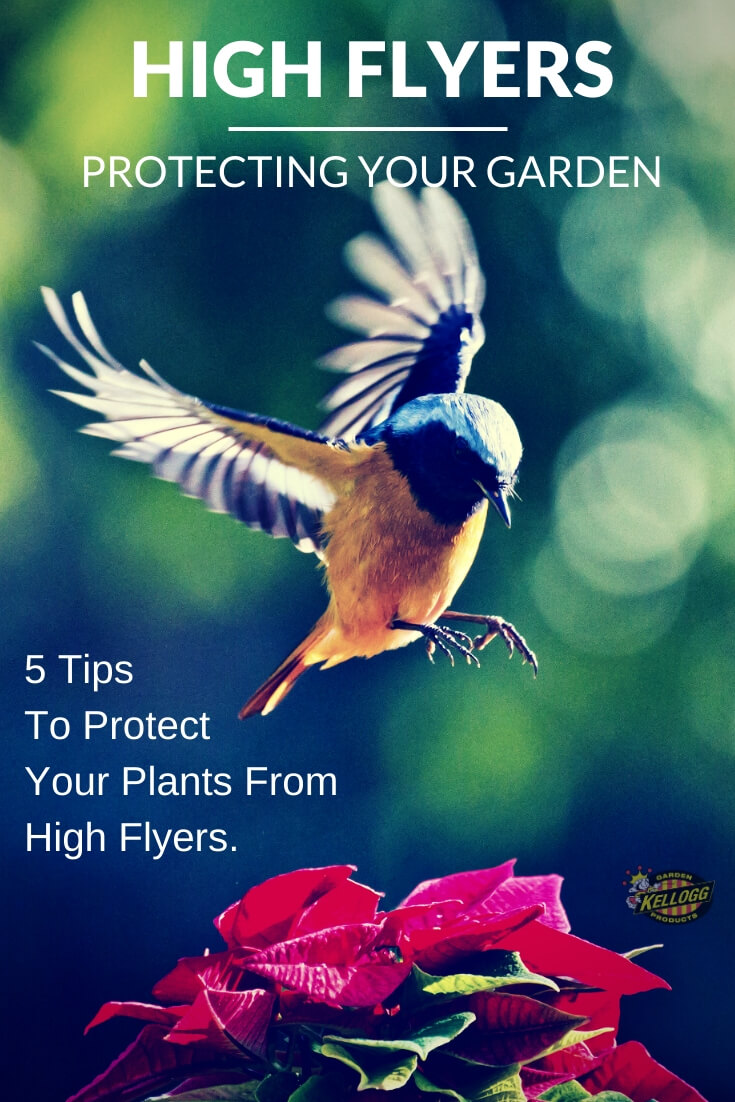